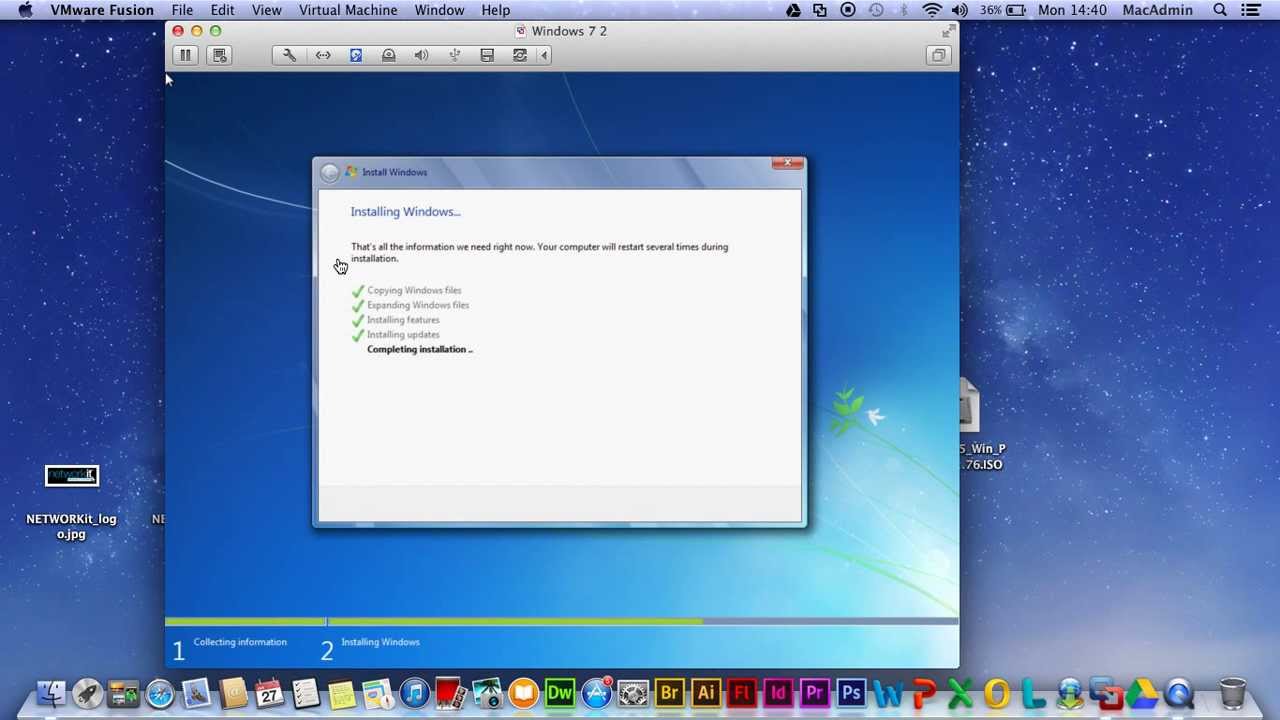 Regarding the duplicate keys, Microsoft only handed out a very limited number of keys, allowing that it be used multiple times. Wondering if I should scrap the whole thing and start fresh and just how to do that. I also have Win7 running flawlessly from an imported bootcamp partition with the HUGE exception of networking. Installation was totally painless and everything seems to work fine. However the big problem for me is that it works painfully slow 2 second delay between executing any commands.

Also if I have Fusion open in the background my Mac applications are also running much slower than normal.

Anybody got any tips to get better performance? No problems so far. Fast as all get out.


Configured sharing off when I created the VM, now can share but not mirror folders. This works beautifully and I can drag windows to either monitor no problem But if I exit Unity or disconnect the external monitor Win7 freezes every time. I have tried this in several ways going to full screen, disabling second monitor in win7, disconnecting monitor but no matter what Win7 always ends up showing a black screen and freezes.

Git yer free trial Windows! Six months to see what you think of Windows on Mac!

To make the internet connection works i Just create other network device in the VMWare fusion. Is anyone running a similar setup letting VMware have access to both processors or just one? Any other recommended tweaks? I imagine it will be incredibly slow. It would be nice to have an up to date OS that is capable of running legacy apps.

Windows 7 on Mac with VMware Fusion: A Practical Guide

Windows 7 RC is now available for download. Does anybody have any experience with this using the instructions on this blog entry yet? Never mind. After further search, I found what I was looking for here: I have a 2. Installation was incredibly slow 4 hours!

I had to explore the Virtual D drive and look for setup. Installation again was very slow. I started it off before I went to bed, and it was just finalising stage 2 when I got up! However, VMware tools did install automatically on this occasion. So I would endorse using the x64 version for this reason even on a laptop. I just rebooted after installation of VMware Tools, and had to wait 30 minutes for the login screen to re-appear and another 5 minutes from login to desktop appearing.

Also everything other running app Camino, Finder slowed down to a complete crawl. Does anyone have any tips for better performance? I think I can answer my own question: I kind of suspected that that was the answer. I turned it off during installation, but it does work once installed. This will be a great way to let Windows hang around a bit longer with an expiration date being enforced. I have installed Windows 7 on Fusion 2. I had no networking at first, it said adapter not recognised.

Found this, which worked perfectly… http: I have used fusion and windows 7 beta on the bootcamp partition without any problems. Any advice?

Install was fine, very smooth, and things seem to be working fine with the exception of video calling using Windows Live Messenger, which experiences a several second lag between video and voice at the other end. Has anybody else seen this, or have any idea how to fix it? Running fine on an 8GB Q system. So the answer is RAM, and lots of it! You should be able to complete the install then then enter the key to fully unlock the license. The Vista, and XP install for that matter, went off without a hitch … I am unable to get Windows 7 to install correctly.

Has anyone found a way to resolve this missing driver issue? I also have windows 7 running. Mine is running from a physical disk. I encountered a few problems but I was able to fix all of them 1 Windows 7 was crashing on boot with error 0xcf. I noticed Windows 7 likes to create a MB backup partition and this was causing the problem.

Fusion recognized it as boot camp partition and it booted normally. After trying to transfer the driver from another windows7 install I did from within vmware Fusion I found the solution by Ernie Oproto and WoodyZ worked flawlessly. If the line is missing add it to the end of the file. You should make the edit while Windows is shutdown, not suspended and Fusion closed. Win 7 in bootcamp. Planning to do this; a new MBP 17in on the way for the purpose. Have researched the best practice of running Win7 64bit w.

Seems that it is not the best idea to install it as Boot Camp? But how bad is it compared to just installing win for Fusion? What does your experiences tell you? Out of the box my MBP has 4gb ram.. Hey, I installed w7 on vmware fusion but as the windows server Does anyone know how to install the correct driver? I can second what Leonardo B.

Alves said. Is that possible? How do I install 64 bit windows into a virtual machine? 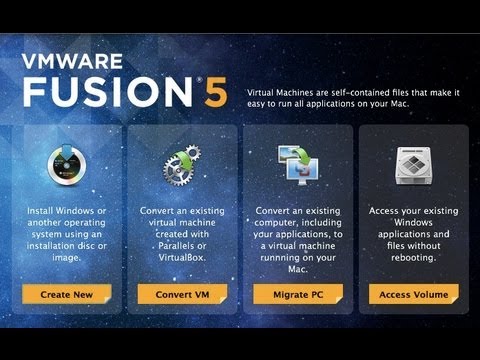 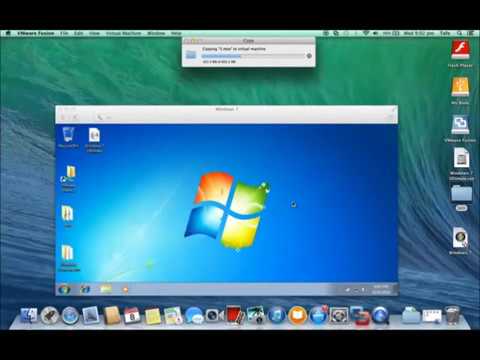